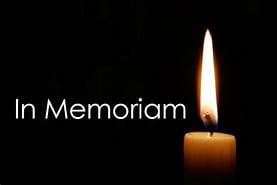 We have lost a founder of the GAR Museum and the man who saved the Museum from dissolution in 1958.

Rev. Richard Partington was a great man, a man of character, values and a love for history and preservation.

He was Commander-in-Chief of the Sons of Union Veterans, 50-year member of the Union League, and a supporter of the General Meade Society.

A great man has passed to his reward and will always be remembered for his goodness. May he be long admired.

I have spoken with Lynn Partington, Rev. Partington’s daughter. She informs me that Rev. Partington wished that his entire collection of G.A.R. and S.U.V.C.W. materials will go to the GAR Museum.

I will be visiting Lynn in January to pick up the extensive collection.

Lynn also requested that donations in Rev. Partington’s memory may go to either the G.A.R. Museum or Camp #1, SUVCW.

And there is this from Greg Kline of Sons of Union Veterans of the Civil War:

(To be read in the Camps and retained in Camp files)

Greetings Brothers of the Pennsylvania Department,

It is with a heavy heart that I report the passing of Past Commander-in-Chief, the Reverend Richard O. Partington on December 8, 2019 at the age of 97.

Brother Partington’s Membership in our Order dates to July 2, 1938 (81 years, Life Member# 208) and he was a Member of Anna M. Ross Camp# 1 of Philadelphia. In that time, among numerous Camp, Department and National offices, he was elected:

Brother Partington was a lifelong, active Member of the SUVCW and SVR, having attended the 75th Reunion of the Blue and Gray in Gettysburg in 1938 and joining Philadelphia Camp# 200 that same year. He attended his first National Encampment of the Grand Army of the Republic and the SUVCW in 1939 at Pittsburgh, PA.  He has served on the Board of Directors and as a member of many other community organizations including the F&AM, the Welcome Society of Pennsylvania and the Union League of Philadelphia.

Brother Partington was a graduate of Temple University, holding BA, STB and STNM degrees and retired in 1984, at age 62, as Rector of St. Jude and the Nativity Episcopal Church which was organized and built under his leadership. He was married to the late Shirley (nee Thomas) Partington and is survived by S. Lynn Partington and Richard O. Partington, Jr as well as two grandchildren and three great grandchildren.  Funeral services and interment were private but the Pennsylvania Department is exploring options for a graveside Memorial Service and further details will be made available as soon as possible.

Yours in Fraternity, Charity & Loyalty,