The MEADE SOCIETY of PHILADELPHIA
mourns the loss and celebrates the life of
EDWIN COLE BEARSS . . .

Here is his obituary:

Richland – Edwin (Ed) Cole Bearss passed away on September 15, 2020, in Mississippi, where he had recently moved after living over 50 years in Arlington, Virginia.His wife Margie Riddle Bearss and his daughter Sara Beth Bearss predeceased him. He is survived by his brother Robert (Pat) Bearss, his son Edwin Cole Bearss, Jr. (Annika), and his daughter Mary Virginia (Ginny) Bearss, three grandsons, four great grandsons, and two nieces.

Ed was born in Billings, Montana, on June 26, 1923, and grew up on his family’s ranch on Sarpy Creek. At age 18, he joined the U.S. Marine Corps. On January 2, 1944, he was badly wounded in Cape Gloucester, New Britain. He spent two years convalescing in Navy hospitals. Using the GI Bill, Ed graduated from the foreign service program at Georgetown University in 1949 and obtained a master’s in history from the University of Indiana in 1955.

Ed soon found his calling in the National Park Service. He was park historian at Vicksburg from 1955 to 1958 and then historian for the Southeast Region until 1966. In 1958, he married Margie Riddle, a schoolteacher whom Ed courted in an odd manner: on his second visit to Ms. Riddle, Ed brought her a cannonball!

While at Vicksburg, Ed was central to the discovery and raising of the USS Cairo, a Civil War ironclad sunk in the Yazoo River in December 1862. To help finance the recovery effort, Ed was a victorious contestant on “The $64,000 Challenge.” The vessel now resides in the Vicksburg National Military Park.

In 1966, Ed joined other research historians at the headquarters of the National Park Service, responsible for historical sites of the 19th and 20th centuries, including the homes of Presidents Carter and Johnson. By 1981, Ed was named Chief Historian of the NPS, a position he held until 1994. While with NPS, he testified many times before Congress. He also served on the Civil War Sites Advisory Commission, established by Congress to guide it on priorities for battlefield preservation.

In 1990, Ed achieved national and lasting fame as one of the commentators in Ken Burns’ movie The Civil War. By this time, too, Ed had established a new career as teacher, lecturer and tour guide, educating and leading literally thousands of people across battlefields of almost every American war. He continued leading tours until late 2019.

Ed leaves two extraordinary legacies. As a public historian, he is the author, editor or contributor of more than 25 books, 100 scholarly papers, countless NPS monographs and oral histories. As a preservationist, he is responsible for the creation, expansion, and restoration of historic battlefields, houses, and other sites integral to American history.

For his contributions to the field, Ed was recognized numerous times, including receiving honorary degrees from Lincoln College and Gettysburg College, the Distinguished Service Award from the Department of the Interior, the Wailes Award (the highest historical award from the State of Mississippi), and awards from various Civil War Round Tables. In 2005, the Smithsonian Institution named Ed as one of 35 people “who made a difference: to our world. The National Park Service Edwin C. Bearss Fellowship Award and the American Battlefield trust Edwin C. Bearss Lifetime Achievement Award were established in his honor. He is a Fellow of the Company of Military Historians and a lifetime Trustee of the American Battlefield Trust. At the time of his death, a bipartisan coalition of members of the U.S. Congress had been sponsoring a resolution to award Ed the Congressional Gold Medal.

In lieu of flowers, his family requests that gifts be made to the American Battlefield Trust for preservation projects in Mississippi. www.battlefields.org/remembering-ed–bearss. 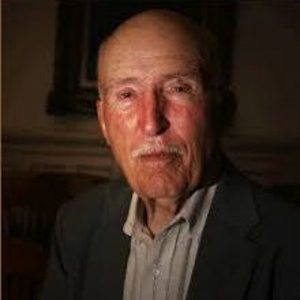 and this from the American Battlefield Trust
[ https://www.youtube.com/watch?v=kXUF-i38mfA] 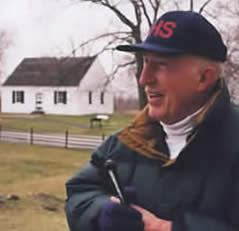 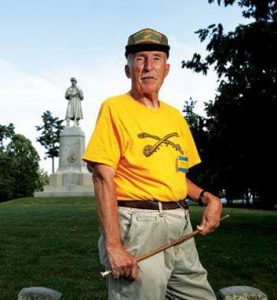 The General Meade Society of Philadelphia mourns the loss of a great proponent of Civil War History and Preservation, EDWIN COLE BEARSS.

Due to the COVID-19 Pandemic of 2020 several of the Society's events have been cancelled, the Meade Brunch, the Symposium, and the baseball evening at the Phillies, although the MEMORIAL DAY CEREMONY was held, truncated for safety. See UPCOMING EVENTS for information on events that is scheduled for the autumn.
The General Meade Society of Philadelphia commemorates the passing of the TED ALEXANDER, Battlefield Guide and loyal supporter of this Society and other Civil War organizations.